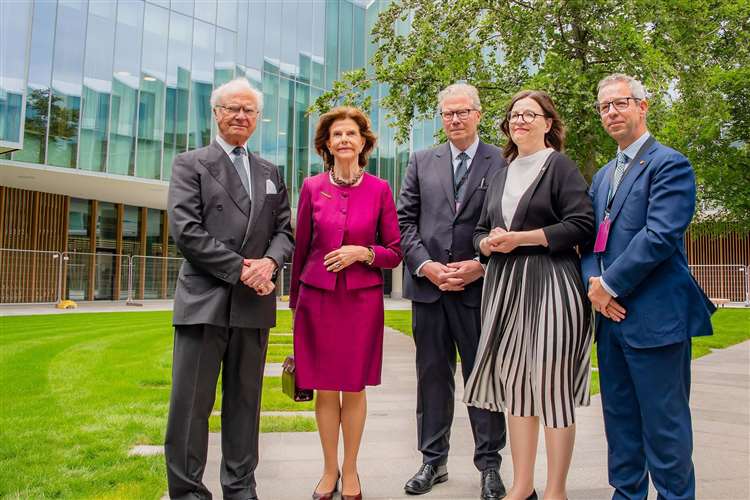 The king and queen of Sweden visited AstraZeneca’s new Discovery Centre Thursday 26 May, where they heard about the technology the company is using to develop new therapies

King Carl XVI Gustaf and Queen Silvia visited the £1billion R&D site on the Cambridge Biomedical Campus, known as the DISC, which was officially opened in November by Prince Charles.

As part of their visit to Cambridge, the king and queen were also hosted by Prof Stephen Toope, vice chancellor of the University of Cambridge, at King’s College for a celebration of Anglo-Swedish scientific co-operation.