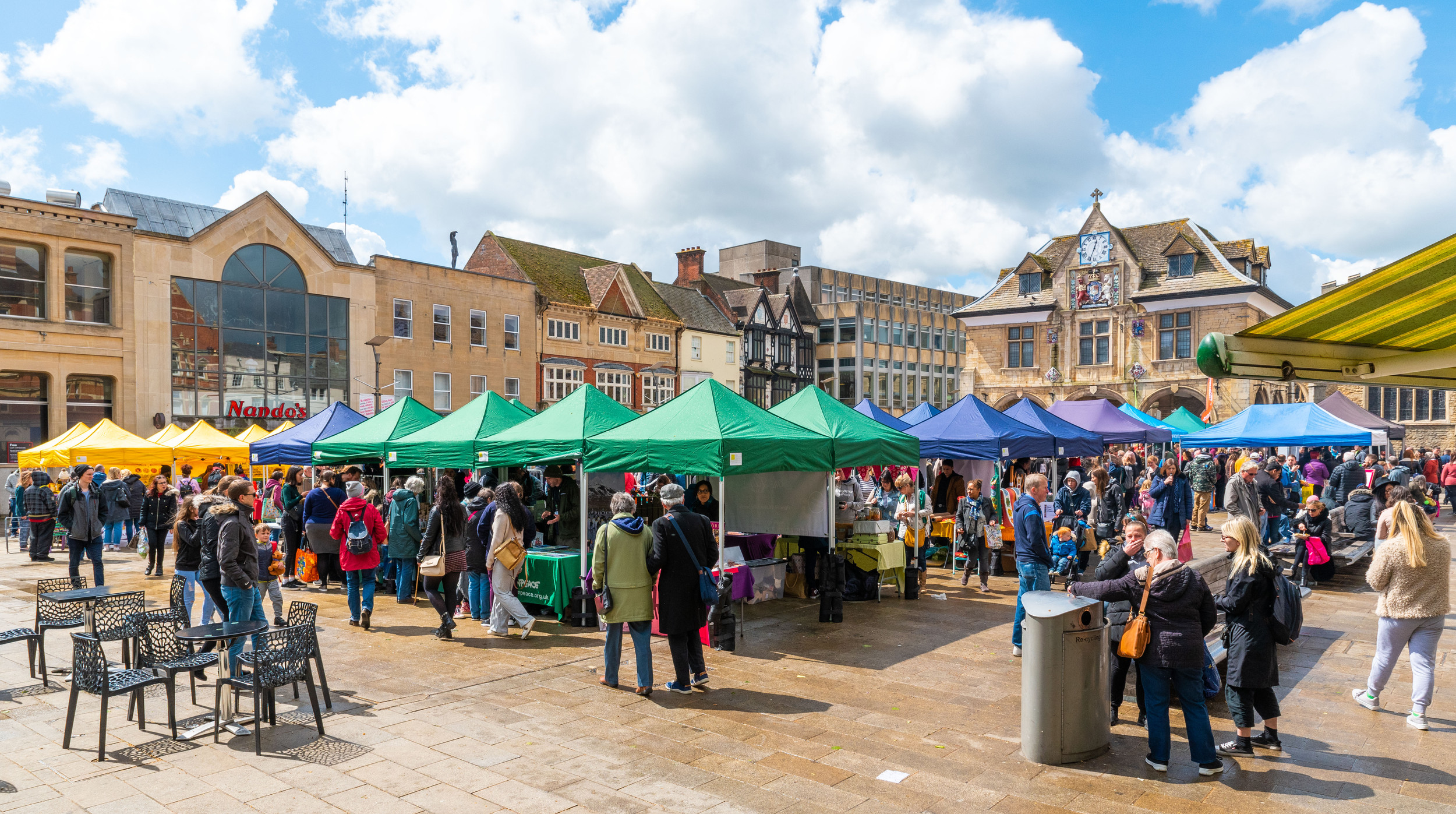 The proposals will see the creation of three contemporary timber kiosks, comprising of 12 new market stalls in Bridge Street, in the heart of the city centre. These permanent stalls will give shoppers a variety of goods to buy from independent traders, with the potential for the number of stalls to increase in the future.

The permanent outside market will be complemented by 12 pop-up stalls which could be used by traders who want to operate on a part-time basis, or during a themed market, such as a Vegan Market, Continental Market or Christmas Market. A new state-of-the-art indoor Food Hall with two butchers and a fishmonger – which is not part of the planning application – will also be created in the former Customer Contact Centre building, also on Bridge Street.

Bridge Street was identified as ideal for boosting footfall and creating a modern, vibrant new market, as it is located close to Cathedral Square, on the same street as the proposed new Vine library and culture hub. Footfall is expected to increase even further this year with the opening of the new ARU Peterborough university, the Hilton Garden Inn Hotel and the new Government Hub at Fletton Quays.

The council decided to move forward with the relocation of City Market after the existing location of Northminster, where the market currently trades, will be developed into affordable homes from April 2022. It is also responding to calls for the market to be modernised and moved to a location with better footfall, such as Bridge Street.