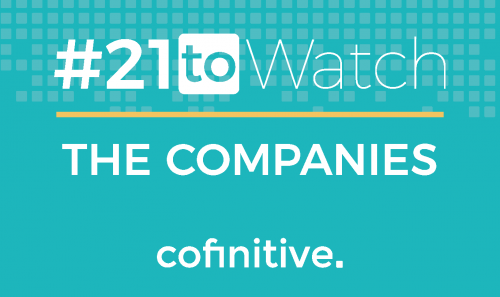 The 2022 shortlist for the #21toWatch Awards has been unveiled and features some of the most ground-breaking entrepreneurs, start-ups and innovations from the East of England

After presenting the Top21 awards virtually for the last two years, the Top21.2022 will be back on stage in March, with winners presenting in-person.

The coveted awards – organised by PR and communications company cofinitive, and supported by the Cambridge Independent – will also bring together the alumni from 2019, 2020 and 2021 alongside an exclusive invitation-only guest list made up of investors, press, sponsors, partners, judges and those who support the entrepreneurial community.

Some 127 qualified candidates made it onto a longlist from the 235 entries received, which has now been pared down to a shortlist of 39, featuring a vibrant mix of ‘People’, ‘Companies’ and ‘Things’.

As some of those listed move from stealth to seed and beyond, it is inevitable that some of those who make it on to the #21toWatch list will have been featured before. This was the case last year when SATAVIA was listed in the Top21 having previously been Top21 in 2019.

However, the majority of those listed are appearing for the first time demonstrating the buoyancy of entrepreneurship in the region. In fact, this year more than 70 per cent of those that made the longlist are newcomers, and more than 60 per cent of this year’s shortlist is made up of entirely new faces.